How to get Here

Take Metro Line 3 (direction Aghia Marina), which connects Athens airport with the city center and get out at Syntagma Square. Trains run every 30 minutes and the trip from/to the Airport to Syntagma station lasts 40 minutes. Once you reach Syntagma Metro station you can walk 10 minutes towards Voukourestiou 25 or get a taxi.

The ticket costs 10 euros / per person and the whole journey will approximately take you 1 hour.

The buses leave every 30 to 60 minutes depending on the route and you can catch them from the designated area at the arrivals level (between Exit 4 and Exit 5).

Taxis are available at the designated area

From the Port of Piraeus

Once you reach Syntagma Metro station you need to walk 10 minutes towards Voukourestiou 25 or get a taxi from Syntagma Square.


Taking a taxi from the Port of Piraeus will cost you approximately 25-30 Euro and it will take you around 30 minutes depending on the traffic. Please note that after midnight taxis charge extra.

Decide to opt for the classical sightseeing and this city will for sure meet your expectations.

Experience the city differently; with walks in the different neighbourhoods, food and wine tasting, music art, theatre, culture festivals or even sailing along Attica’s coastline.

For foodies and wine lovers, Athens is a top gastronomic destination. Just a few meters away from our apartments, you will be able to explore the city’s culinary scene. 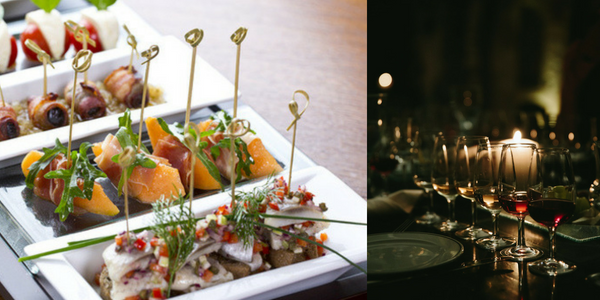 The Benaki Museum, established and endowed in 1930 by Antonis Benakis in memory of his father Emmanuel Benakis, is housed in the Benakis family mansion in downtown Athens, Greece. The museum houses Greek works of art from the prehistorical to the modern times, an extensive collection of Asian art, hosts periodic exhibitions and maintains a state-of-the-art restoration and conservation workshop. Although the museum initially housed a collection that included Islamic art, Chinese porcelain and exhibits on toys, its 2000 re-opening led to the creation of satellite museums that focused on specific collections, allowing the main museum to focus on Greek culture over the span of the country's history.

Lycabettos, Lykabettos or Lykavittos (Greek: Λυκαβηττός, pronounced [likaviˈtos]), is a Cretaceous limestone hill in Athens, Greece at 300 meters (908 feet) above sea level. Pine trees cover its base, and at its two peaks are the 19th century Chapel of St. George, a theatre, and a restaurant.

The museum was founded in 1986 in order to house the collection of Cycladic and Ancient Greek art belonging to Nicholas and Dolly Goulandris. Starting in the early 1960s, the couple collected Greek antiquities, with special interest in the prehistoric art from the Cyclades islands of the Aegean Sea. The Museum's main building, erected in the centre of Athens in 1985, was designed by the Greek architect Ioannis Vikelas. In 1991, the Museum acquired a new wing, the neo-classical Stathatos Mansion at the corner of Vassilissis Sofias Avenue and Herodotou Street.

The Panathenaic Stadium (Greek: Παναθηναϊκό Στάδιο, Panathinaïkó Stádio,) or Kallimarmaro (Καλλιμάρμαρο, lit. "beautiful marble") is a multi-purpose stadium in Athens, Greece. One of the main historic attractions of Athens, it is the only stadium in the world built entirely of marble. A stadium was built on the site of a simple racecourse by the Athenian statesman Lykourgos (Lycurgus) c. 330 BC, primarily for the Panathenaic Games. It was rebuilt in marble by Herodes Atticus, an Athenian Roman senator, by 144 AD and had a capacity of 50,000 seats. After the rise of Christianity in the 4th century it was largely abandoned. The stadium was excavated in 1869 and hosted the Zappas Olympics in 1870 and 1875. After being refurbished, it hosted the opening and closing ceremonies of the first modern Olympics in 1896 and was the venue for 4 of the 9 contested sports. It was used for various purposes in the 20th century and was once again used as an Olympic venue in 2004. It is the finishing point for the annual Athens Classic Marathon. It is also the last venue in Greece from where the Olympic flame handover ceremony to the host nation takes place.

The Acropolis Museum (Greek: Μουσείο Ακρόπολης, Mouseio Akropolis) is an archaeological museum focused on the findings of the archaeological site of the Acropolis of Athens. The museum was built to house every artifact found on the rock and on the surrounding slopes, from the Greek Bronze Age to Roman and Byzantine Greece. It also lies over the ruins of a part of Roman and early Byzantine Athens. The museum was founded in 2003, while the Organization of the Museum was established in 2008. It opened to the public on 20 June 2009. Nearly 4,000 objects are exhibited over an area of 14,000 square metres. The Organization for the Construction of the new museum is chaired by Aristotle University of Thessaloniki Professor Emeritus of Archaeology, Dimitrios Pandermalis.

The Athens Concert Hall (Greek: Μέγαρον Μουσικής Αθηνών, Mégaron Mousikis Athinon) is a concert hall located in Athens, on Vasilissis Sofias Avenue. The Hall was inaugurated in 1991 with two halls. Since then it has been augmented with two more halls and now has a total of four: two large and two smaller ones. The Hall has optimal facilities for opera performances, and some operas are presented every season.

The Acropolis of Athens is an ancient citadel located on a rocky outcrop above the city of Athens and contains the remains of several ancient buildings of great architectural and historic significance, the most famous being the Parthenon. The word acropolis is from the Greek words ἄκρον (akron, "highest point, extremity") and πόλις (polis, "city"). Although the term acropolis is generic and there are many other acropoleis in Greece, the significance of the Acropolis of Athens is such that it is commonly known as "The Acropolis" without qualification. During ancient times it was known also more properly as Cecropia, after the legendary serpent-man, Cecrops, the first Athenian king.

The Odeon of Herodes Atticus is a stone theatre structure located on the southwest slope of the Acropolis of Athens, Greece. The building was completed in 161 AD and then renovated in 1950.

The National Archaeological Museum (Greek: Εθνικό Αρχαιολογικό Μουσείο) in Athens houses some of the most important artifacts from a variety of archaeological locations around Greece from prehistory to late antiquity. It is considered one of the greatest museums in the world and contains the richest collection of artifacts from Greek antiquity worldwide. It is situated in the Exarcheia area in central Athens between Epirus Street, Bouboulinas Street and Tositsas Street while its entrance is on the Patission Street adjacent to the historical building of the Athens Polytechnic university.